Must be a submarine to cross the English channel?

The Magic Tunnel challenge was an online photo album. The photo album had a simple form to enter a URL of a photo to download and display on the user’s photo album. If we submit a URL, it downloads the file at that URL and adds an img tag with the src attribute pointing to the path of the downloaded file. 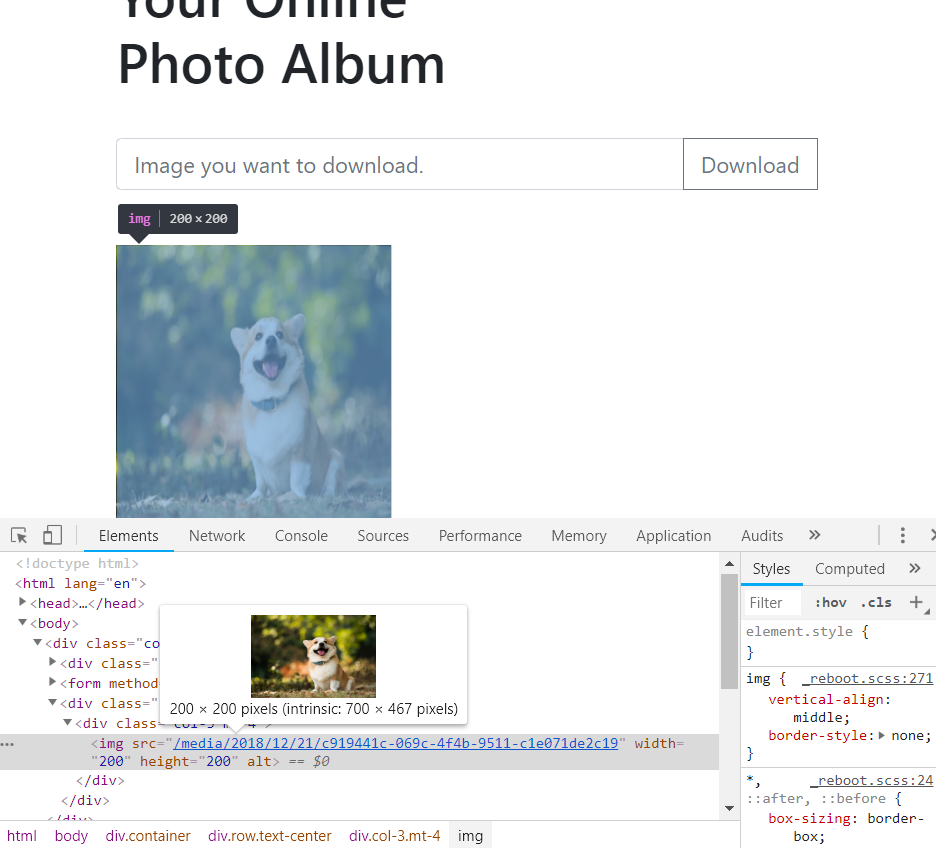 An image is added to the photo album using the path of the newly downloaded file.

The web app likely expects that we give it a URL starting with http or https. But what if we give a URL using the file URI scheme? The file URI scheme is used to retrieve files on a host and looks something like file://hostname/path or file:///path. If we test using a file path to a file that should exist on a standard Linux system such as /etc/passwd, we can see if there is a local file inclusion (LFI) vulnerability in the application. When we submit file:///etc/passwd, we see that it worked.

This means we can get any arbitrary file onto the server - image or not.

With this LFI vulnerability, we can examine the source of the web app and other files on the server to look for a way to get the flag.

Some key points to take from the command line:

To clarify a bit, uWSGI is an application server typically used to route requests between a traditional web server to an application. It also has a hand in starting and maintaining the application.

I can use the Wappalyzer extension to get some suggestions on the setup behind the app. 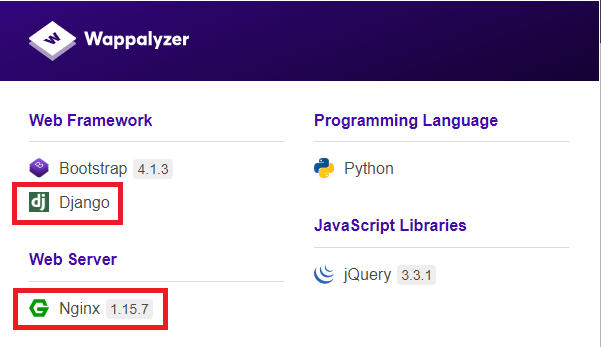 Wappalyzer gives some suggestions on the setup of a web app.

It suggests that the web framework in use is Django and the server is Nginx. The setup is likely as follows:

Knowing the files involved in a standard Django setup and seeing the imports in those files, we can map out the photo album app.

views.py dictates how a Django web app should send responses based on the requests it receives.

It has the generate_path function which shows that photo album files are uploaded to /usr/src/rwctf/<year>/<month>/<day>/<uuid>.

It also contains the DownloadRemote class which specifies how the app downloads the files at the URLs we give it.

It uses pycurl to download files which supports http, https, file, among other protocols. This is why we were able to use the file:// URI scheme earlier.

In fact, we can make a call out with any protocol pycurl supports.

Now let’s re-examine what we know.

Since we can get arbitrary files on the server, it’d be nice if we could run them…

UWSGI_FILE is of particular interest to us. The variable “loads the specified file as a new dynamic app”. Perfect! We can get arbitrary files on the server so we could just set that variable to some script we upload. Since uWSGI is exposed at port 8000, we could connect back to it and set some of these magic variables.

But if we revisit the protocols that pycurl does support, we see that one of them is gopher. gopher is a very simple TCP/IP protocol that’s useful in performing SSRF attacks. Why? gopher has few requirements on its structure and accepts URL-encoded characters. We can replicate other text-based protocols using gopher.

Conveniently for us, the uwsgi protocol is a text-based protocol. As an example, let’s see how we could send packets of uwsgi data using the gopher protocol to set the UWSGI_FILE magic variable to /tmp/test.py (an imaginary file).

First, we follow the uwsgi protocol spec to construct the uwsgi packet-

Now we can run an arbitrary script on the server.

Since we know the location of uploaded files on the server, we can upload a script of our choosing and point the UWSGI_FILE variable to it. There are a few other variables we need to set. This uWSGI exploit script seems to be what this challenge is based on. We should probably set the same variables.

We know how to get a script onto the server and execute it, but what do we want to execute? Let’s try to get a reverse shell - this will allow us to interact more with the server and figure out where the flag is.

Now to put it all together! 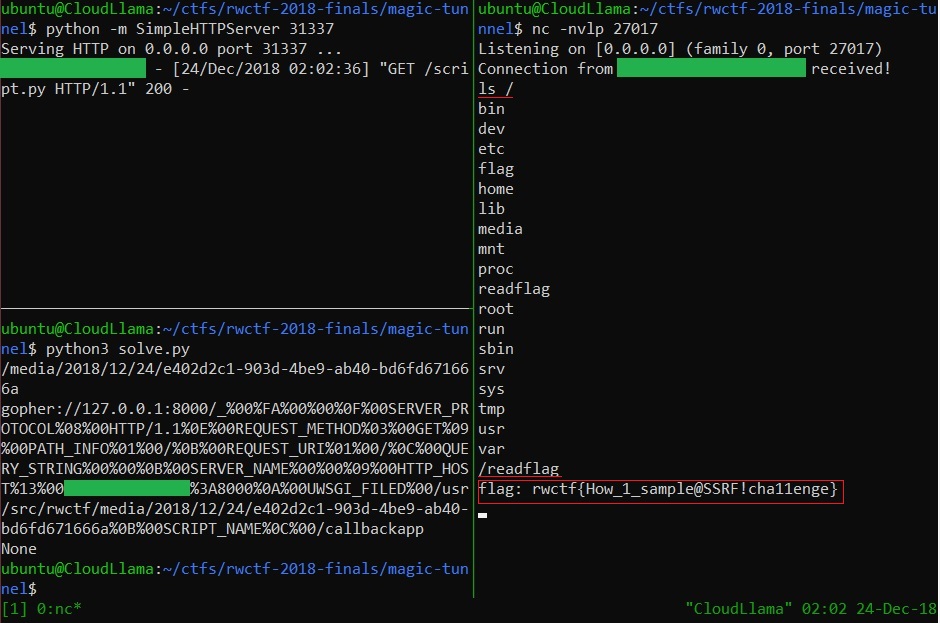 Once we get our reverse shell working, we can poke around a bit more. With ls / I found a suspicious looking readflag which spits out the flag for me. Flage! 🏁

We weren’t able to solve Magic Tunnel the first time around. :P

One of our teammates found the LFI vulnerability and identified that the photo album was a Django app via /proc/self/cmdline. We spent some time uncovering and examining the app source but completely missed the fact that (1) the uWSGI port was exposed and that (2) you could use it to run a script by setting the UWSGI_FILE magic variable.

I believe the challenge was based on this reported RCE and its accompanying exploit script. It probably would have been worth to search more for uWSGI vulnerabilities or to investigate the possibility of an SSRF attack a bit more. Regardless, I learned a ton. 🙂

Thanks to icchy of Tokyo Westerns and Venenof of Nu1L for their write-ups which helped me understand some of the concepts needed to solve this challenge. Also, thanks to the RWCTF organizers for helping me with the set up the challenge after the CTF so I could continue trying to solve it.

For this problem, we are provided with a USB PCAP. These types of challenges typically will hide the flag in a way that’s associated with the purpose of the USB device (ie. typing out the flag for ...